7 Myths About Health That Were Successfully Debunked by Modern Scientists 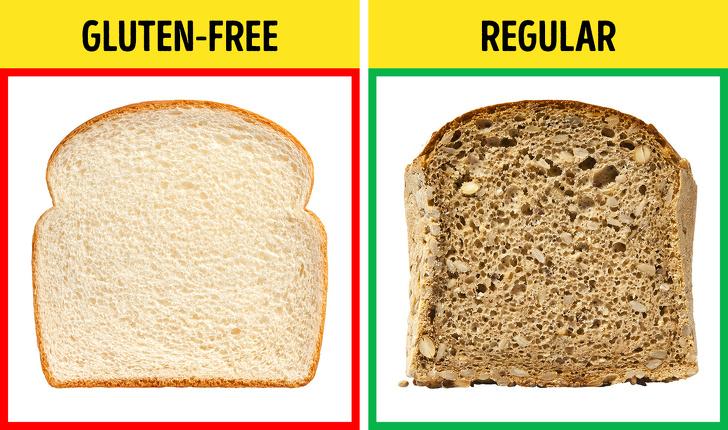 Pseudo-scientific myths aren’t easily replaced with solid facts. We’re recommended to take at least 10,000 steps every day, buy gluten-free food, and drink liquids only 30 minutes after lunch. However, all these beliefs have no scientific support.

Bright Side found 7 widespread misconceptions that we used to believe were scientific facts.

1. Gluten is bad for your health.

Scientists compared more than 650 gluten-free products with their regular equivalents and they found out that gluten-free products contain more calories, sugar, fat, and less protein. There are people who have to eat gluten-free foods due to their allergies or if they suffer from celiac disease. Gluten can cause harm to their small intestine (approximately 1 out of 100 people suffer from this disease). For healthy people, limiting the number of whole-grain foods in one’s diet might increase the risk of the development of heart disease. 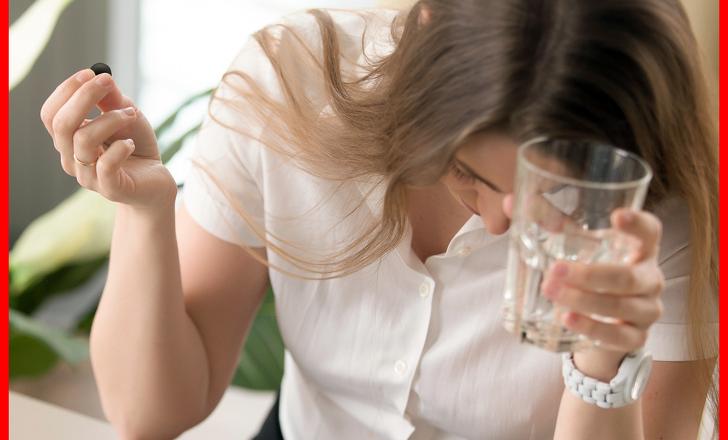 Hangover symptoms appear when the alcohol in your liver turns into toxic acetaldehyde and then the latter gets into your bloodstream. Activated charcoal absorbs the toxins inside your body and promotes their quick disposal through the intestines. However, it’s only effective during the first hour after poisoning. It’s a pretty pointless idea to try to use charcoal early in the morning. To ease a headache, you can take nonsteroidal anti-inflammatory drugs such as ibuprofen, Diclofenac, and Naproxen (don’t take Paracetamol: it doesn’t mix well with alcohol), and drink a lot of water.

3. There are negative-calorie foods. 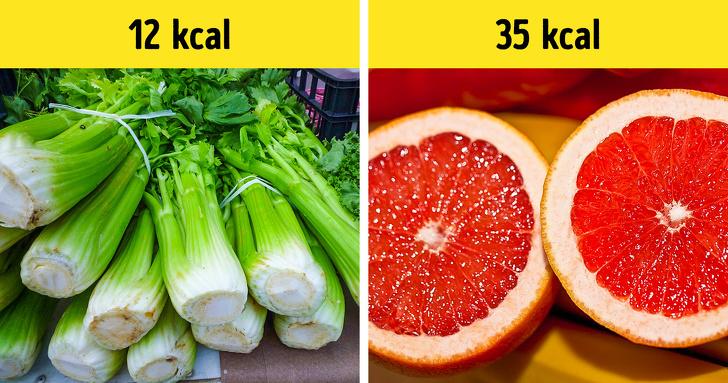 Celery, grapefruit, broccoli, tomatoes, and cucumbers are called negative-calorie foods, but there is no scientific proof to back up this fact. Despite them being low in calories (from 7 to 30 calories per 100 g), your body needs less energy than usual. It can be explained by the fact that these products contain a lot of water and fiber that don’t require much energy to be digested.

4. You shouldn’t drink while eating. 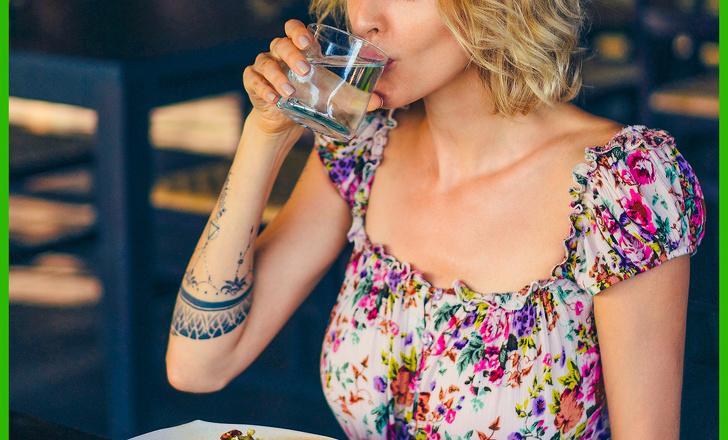 All the water that you drink while eating helps wash pieces of food down the esophagus to the stomach. It also breaks up big lumps of food and delivers acids and ferments to it. The water dilutes the secretion of the gastric juice but it doesn’t interfere with the work of the stomach. The latter regulates the concentration of the gastric juice; a glass of water would only help you digest your food properly.

No soap transmits bacteria. Even if a person with the Ebola virus used a bar of soap, it will still be safe for you to use it. A group of scientists conducted an experiment: they placed bacteria on a bar of soap, washed their hands, and gave the bar to another participant of the experiment. As the result, they didn’t find any bacteria on the participants’ hands. 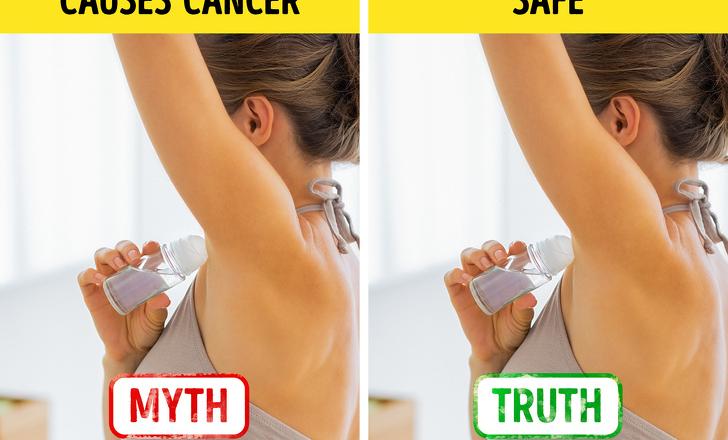 Antiperspirants are only effective when an aluminum salt blocks the pores that the sweat comes out of. In the ’60s, it was widely believed that aluminum can cause Alzheimer’s disease. The Alzheimer’s Association claims that studies haven’t proven that aluminum plays any role in the development of the disease; therefore, there’s no point in getting rid of antiperspirants. People also used to believe that antiperspirants might cause kidney diseases. This myth was debunked by scientists from the National Kidney Foundation. They explain that it’s impossible to absorb so much aluminum through the skin to actually damage the kidneys. Also, aluminum and parabens in antiperspirants were blamed for the development of breast cancer. This myth was also debunked by specialists from the National Cancer Institute. 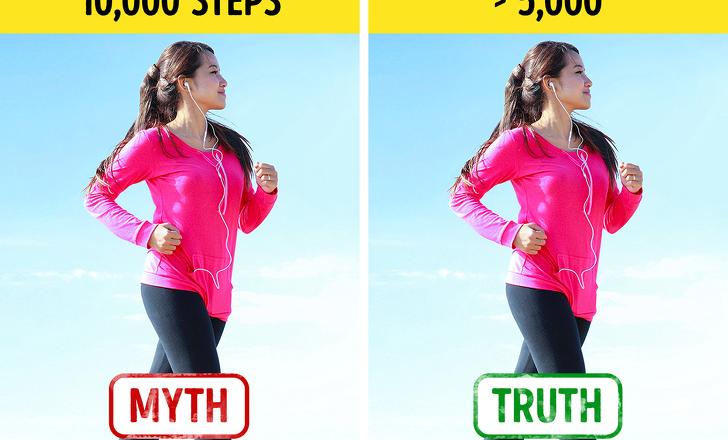 10,000 steps is a random number that was made up by the Japanese to promote a new step counter in the mid-1960s. A sharp increase in activity might have negative consequences for people with chronic diseases, the elderly, people with diabetes, or those who got used to a sedentary lifestyle. Some studies prove that to stay fit and healthy, you need to take from 5,000 to 8,000 steps every day. Scientists tried to count an exact necessary number and claim that it’s advised to take at least 7,500 steps per day.

Do you know any pseudo-scientific facts? Let’s debunk them together! Share your knowledge and ask questions in the comments.